Post a picture and description of anything you are working on this month at DMS here!

It can be anything from a small craft project to a metal lathe project to building a table to painting to a science experiment. There are lots of people doing cool things at DMS all the time, but most of us don’t get to see it, post it here and share the interesting things you are doing this month.

Posting here helps not only promote DMS, but could inspire others to make something. It will also help PR post a monthly look at what can be done here blog post (with attribution to each maker of course)

Made a home made fountain out of a giant vase, 5 gallon bucket, small fountain pump, some plywood, and rocks. Filled the bottom with gravel to make it more stable Finally accomplished something on the lathe without any assistance, drilling a 2" deep hole inside a 3/4" hardened shaft, thankfully the hardening is only the surface and not all the way through, so it was easy to drill. After first spot drilling and going through a smaller bit first Drop spindle for making yarn. I made the spindle but not the yarn. I built an FT Explorer, and I’m getting better at airbrushing. Mine is the red one, the blue one belongs to @Nick_McCarthy: Congrats on the lathe,
You probably could of parted your piece on the lathe with a cut-off / parting tool. Good luck on future lathe projects.
Pic of lathe tooling options:

Since there wasn’t a pile of chips in the “after” picture, the latter supposition is more reasonable.

This IS Brandon … no telling.

Well I haven’t been able to do much lately, but now that I am recovering I am getting back to working on my analog music synthesizer project. Here are pics of the user panels that I have made so far for the synthesizer.

This first one isn’t really part of the syntheizer, but a prototype for a class I may offer on manhattan circuit building–a method for prototyping circuits that doesn’t need pcb’s to be made. 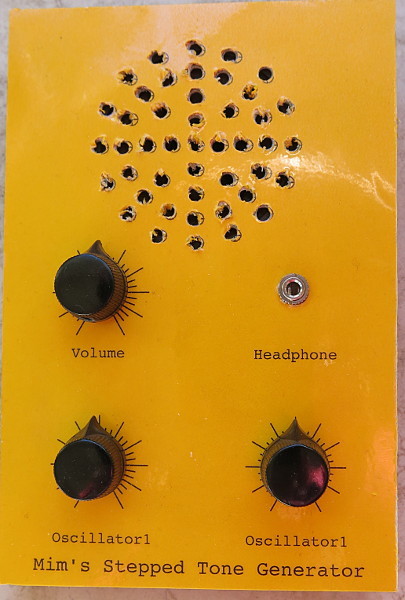 These are the first two modules I am working on for the synthesizer. 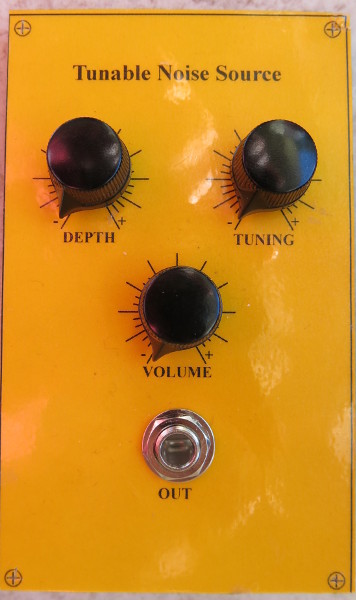 Built the design in Illustrator and routed the sign out of cheap ply on the CNC Router. Finished the sign with a lazy worn finish.

I’ve been working on the 2016 Hackaday Prize Meetup at DMS.

This is a project I’m currently planning but have yet to execute.

Much to the amusement of some of my fellow loot- I mean volunteer janitors - at “the warehouse” I’ve been seeking out massive flat heatsinks for a lighting project. Since I scored a few … 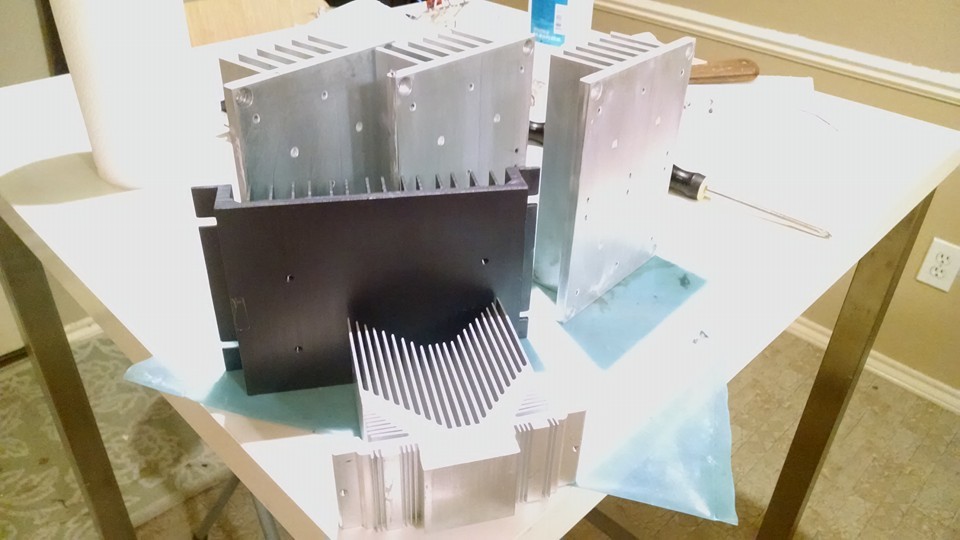 I have a number of Ryobi ONE+ tools as well as an assortment of batteries for them. I’ve always thought the output of their HID spotlight is decent, but it’s a spotlight as opposed to a floodlight. While Ryobi does indeed sell a LED floodlight, I wanted to execute my own just because. And maybe to use as a general template for a spotlight too - also just because.

Initially I wanted to 3D print the battery interface/handle/body, but I’ve progressed little in my intent to learn the new 3D CAD packages. I’d like to get started sooner rather than Makerspace whenever, so I decided to do a rough version out of laminated plywood sections cut on one of the lasers: 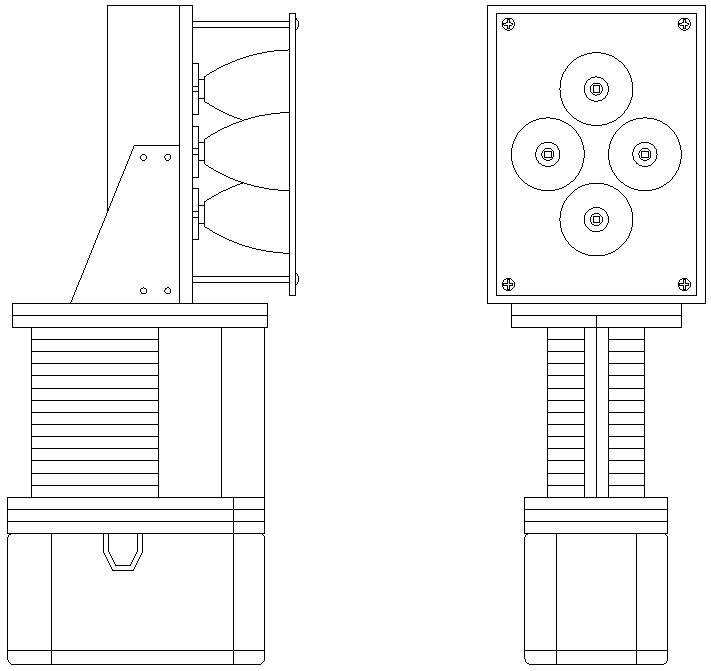 4AH battery on the bottom that slots into the handle/body. Enormous heatsink on top with 4x LED/reflector assemblies. I need to source some decent 1/4" plywood - the sanded stuff that home depot stocks seems like it’s hardly a grade above their 3-ply rated sheathing.

In the event that anyone else is contemplating such an ill-advised project themselves, they should note that most Ryobi batteries have some sort of DRM built into them and will only put out ~8V until they “authenticate” with a Ryobi tool; the pair of 4AH batteries I have inexplicably don’t exhibit this behavior yet the other smaller batteries I have do (both with the fuel gauge and the pack-in batteries)

I have a tentative cut layout… 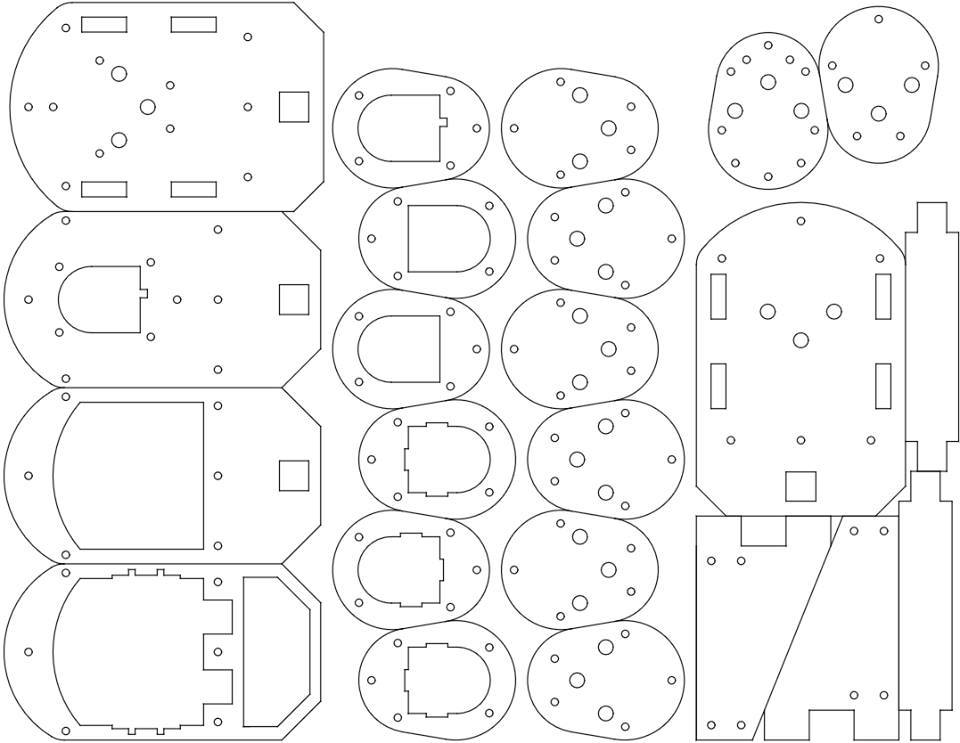 I expect to use Cree XHP70 LED’s (12V) driven to reckless current levels (I expect ~24W per LED and ~12,000 lumens). I might be able to find something off-the-shelf for driving circuitry, which is preferrable to “rolling my own” since I’d like a more efficient DC-DC circuit as opposed to the current-limiting resistor and/or linear regulator approach that’s within my limited ability to fabricate.

Finally got around to trying out one of the new wood lathes! This is a naturally finished magic wand in Bubinga. I’d like to watch you make one of those!

Turned a bowl from a Bois d’arc stump (with coaching from Tom). Approx. 11" diameter. My first “full scale” turning endeavor. 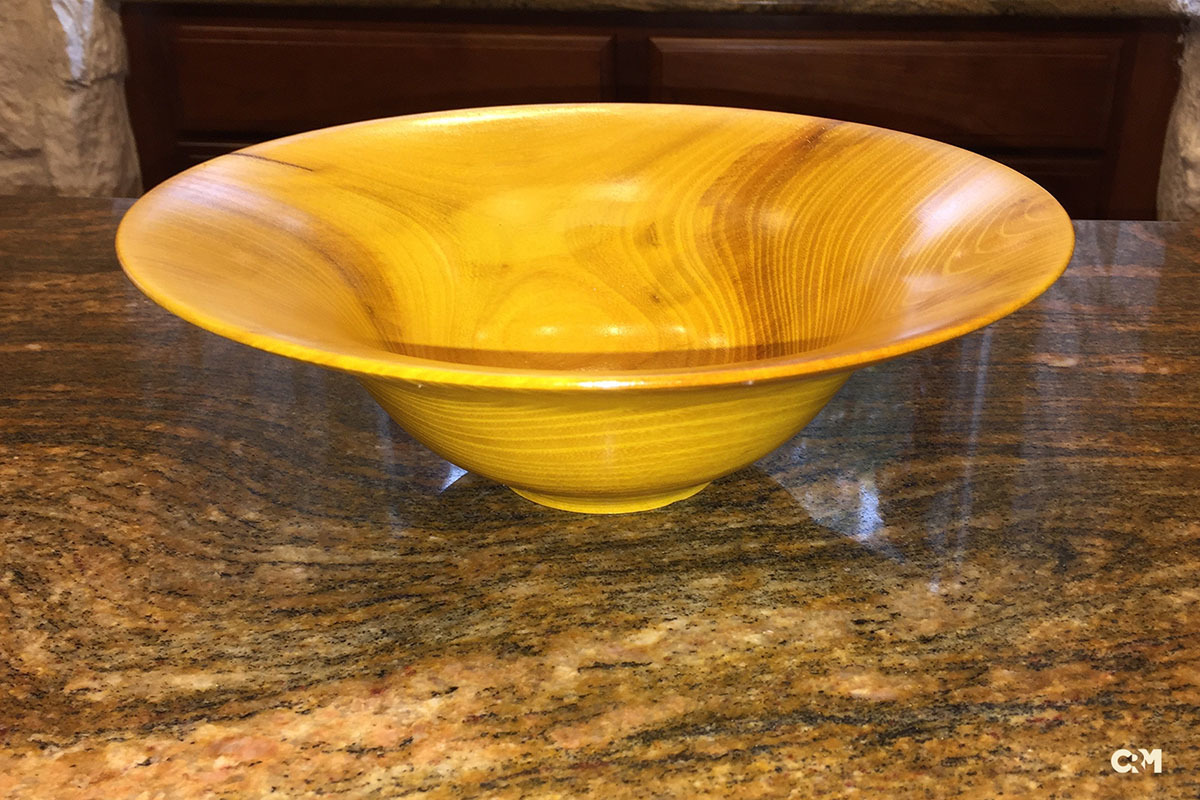 Had some fun with the large format printer to make some custom wrapping paper for an up coming maker’s party. I think it came out pretty good. Here is picture of the final product and a picture of one of the miss prints due to the thin paper curling from the moisture in the ink. Was a little tricky to print but made a great product. 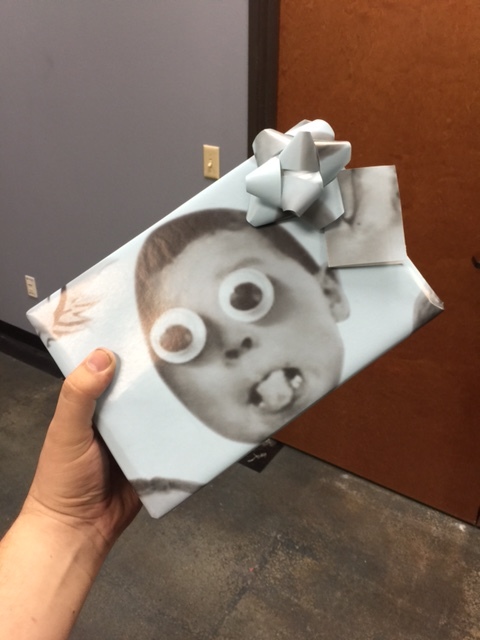 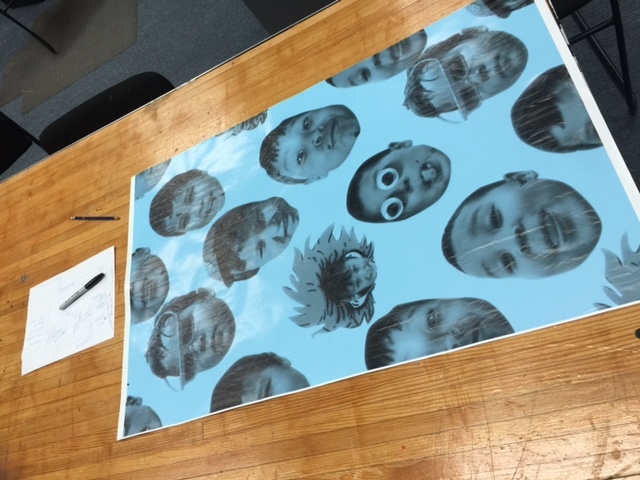 Definitely! I’m not at the space too much these days, but I’d like to get back to the wandmaking. Chisel roll I made for the woodcarving folks.