Microsoft to charge monthly for using a PC 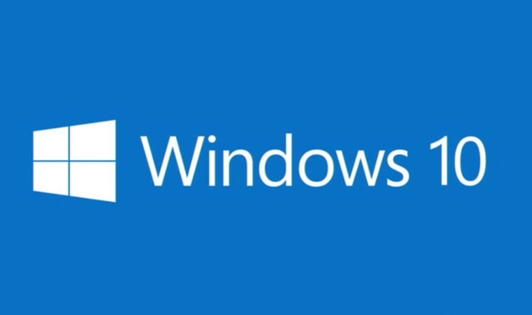 Microsoft will soon launch a new monthly charge for Windows 10...

Yeah, saw this somewhere over the wknd.
MickeySoft Nickle and Dime you program.

Obviously, a chunk of users will simply switch to a Linux or other platform, but Microsoft probably has an army of actuarial staff working on profit & loss models. They get rid of the ‘problem’ users who want to go break stuff all the time and keep the profitable business users. Kinda looks like a win-win in the short term. I’ll spitball-guess a $5/month advertised price with price breaks at 10/50/200/500/1000 users.

They’re not stupid enough to not have thought about the long term repercussions either. Consider making WinServer user cals free and you keep corporations tied to the platform. Or tie in cloud compute cycles so that you’re capex spends for the 5 year desktop churn gets slashed in half as everyone is just running a minimal win-terminal.

When you consider that for over 2 years now we’ve seen (globally) about half of all web traffic come from mobile users, the time of Windows-as-a-home-device may be waning and Microsoft isn’t exactly supposed to be a magnanimous benefactor for all mankind… they’re a company with a bottom line to watch.

EDIT: I could also see them coming out with a Win10Free version. Locked to Internet Explorer and a few other programs. Paid ads on the screen, sign your data away, but get a free copy of the software! Who doesn’t like FREEamiright!

Actually, those of us that can will likely move to Linux and the rest of the world will just pay the freight Microsoggy is asking for. MS is a very costly expenditure for most CIOs anyway so anything that reduces their ongoing maintenance and support costs will likely be embraced. @Adam_Oas’ analysis is probably spot on, too.

Where is Apple desktop software releases in all of this?

If that means by not paying I can stop getting forced Win10 updates, sounds like a win-win.

Where is Apple desktop software releases in all of this?

Still leading the charge of proprietary cult of the mac stuff.

Or just use ReactOS:

ReactOS is a free and open-source, Windows-compatible OS that looks similar to Windows XP -- now with experimental support for Windows 10 software.

Yes, one can run dotnet apps:

Have older apps then try the WINE support even though its a rebuild from scratch of the windows NT 4.x operating system not an emulation.

Plus asp net core is the going way forward for legacy apps:

Take one look at Windows 10 Home or even pro and it looks like a OS which is trying to be both Xbox and a system for the surface tablet. Not a workhorse for the average business and industry which microsoft has held the longest foot hold. Their latest announcements has shown even further push towards moving your desktop onto Azure Cloud for another monthly fee.

Want to run Windows 10 desktops virtually on Azure? Now you can | ZDNet

Citrix XenDesktop Essentials, which allows users access to Windows 10 Enterprise virtual desktops on Azure, is here. It'll cost you $12 per user per month.

Honestly, If anything has shown M$ is wanting to kill the desktop bundling and force users into their cloud products either that’s Office 365, Azure, Team or what ever else they can “tax the user” regularly. Their current CEO has gone on record stating that the cloud is the path forward for them. Which to that end would end up being the death of the System Administrator, PC, and the desktop.

Now whom would win on this front and change with microsoft. Google and Linux obviously are winning out here since this will push more users onto those systems. But ultimately us, the power users, the hackers, the pc master race, and the IT Pros. We’ll adopt the system that works for us and at the end of the day if everything gets locked down we’ll just adopt more open source solutions or reverse engineer what’s out there and make it open source. After all open standards always out weigh os wars and an open mind that has a will will find a way.

My experience is kind of the opposite. CIOs are looking to move from capex to opex models, as it gives them much more flexibility (so they think). Add that to the fact that wall street is really rewarding the SAS/Rental model on the manufacturer side these days and this is the way that EVERYTHING is going. Car leases, apartment living, monthly connectivity for data, entertainment rentals, lawn care maintenance contracts, subscription services for all-the-things!

Yep, short sighted economics that just results in taxing everything the user does… I seem to remember this model from somewheres… oh yes

** waves hands ** mumbles something about “Market Forces” and retreats to private island to swim in personal scrooge mcduck money bin.

wait… how did you know my grand scheme.

I DON’T like free …usually associated with crappola … I like quality at the right price… otherwise you dumb down an environemnt … you know a few examples of that?

Actually, Alan I think you and I are in agreement. I meant that MS licensing models for desktop and server software have always been both expensive and a pain for CIOs so they will likely welcome the SAS subscription model EVERYONE seems to be going to.

You can fix that with a simple GPO

I’ve had problems with windows 10 since I’ve started using it. The most recent update caused all of my drivers to re install as the first drivers released for all of my devices. I Live stream a lot so webcams mics and everything just started messing up after patching. I didn’t roll back and instead re updated everything manually. As for them charging they made a mistake with the Windows Surface Tabs (original) also known as the RT Tabs. I’m sure they would do it since you cant innovate if your not willing to make mistakes along the way. I’m not saying this is a mistake i can easily go to MAC or Linux since i already use them on my Raspberry Pi. I just prefer windows for gaming/streaming since its what I’ve used since i started doing all of my gaming on PC.