I’m fixing a Lambda LLS6008 power supply, acquired off of eBay for $35. Looks like someone decided to put a “penny in the socket” for the line fuse. Something went badly amiss and the traces became the fuse. Repairing the traces and looking for obvious shorts was undertaken. During this exercise, a PTC inrush-limiter was replaced by a resistor (temporarily) to get the supply operational. Have a look at the result:

During the course of repair on a Lambda LLS6008, an inrush limiting PTC was temporarily replaced with a 10 ohm 5W power resistor. The PTC resistance would go down as more power was dissipated, while the power resistor does the exact opposite. This...

(The supply is operational, but I’m still tracking down any potential problems downstream of this.)

I opened up a Power Supply that I bought new and saw an extra resistor added. I don’t know if this normal. I haven’t seen it before on a factory board, it is the big blue one and it looks like an amateurish solder job. 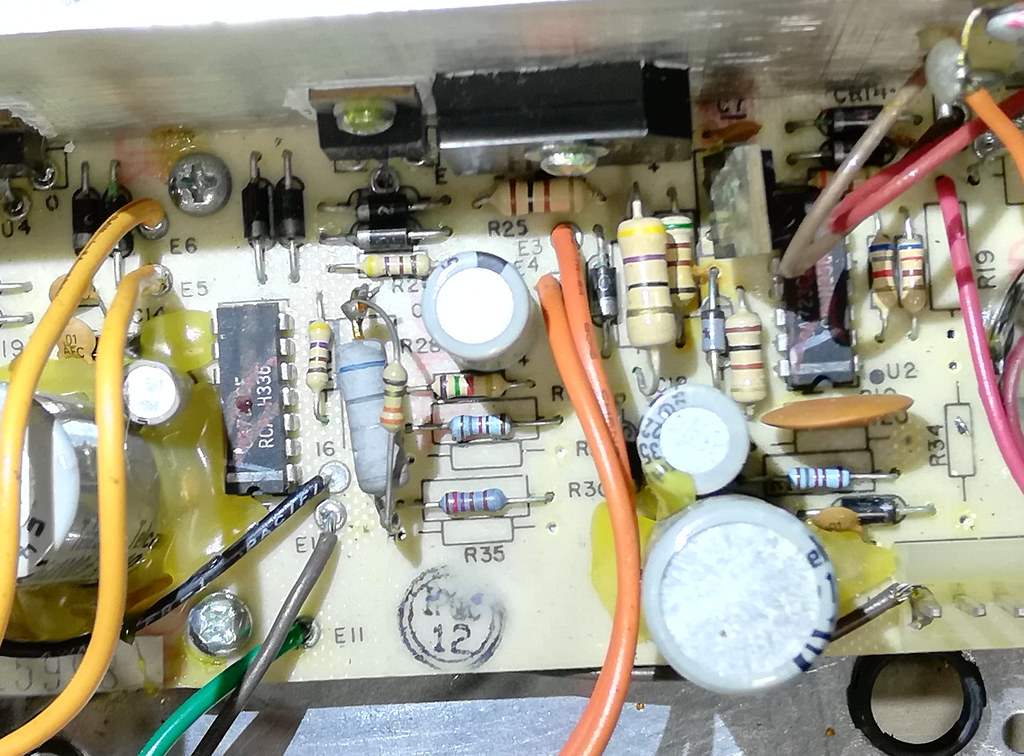 This could be normal chinesium craftsmanship. I’ve seen this sort of mod before on very cheap stuff.