Roll in Bandsaw in local auction

There is quite a few things in that Auction I’m going to look out for.

We need a vibratory deburring machine, there are two in the auction

It is crazy places with this much machinery are going under. Just shows we are no longer making anything in America anymore.

Doesn’t help our education system highly discourages anyone with an interest from learning a trade. Trade jobs matter and aren’t the bottom of the barrel that people perceive them to be.

no it doesn’t help that people aren’t willing to work on something that doesn’t have a joy stick on it.
My shop has gone thru a half dozen graduates from a certain school in the last year. The lack of work ethic is indescribable in polite conversation.

What’re you paying? Heck I wouldn’t mind a machining gig

Rates in Texas are really bad.

Honestly that’s the problem. I would love to have been a machinist but not when I saw what it pays. There’s easier work out there for triple the pay.

You can only suppress wages for so long before the industry dies from lack of talent.

There’s easier work out there for triple the pay.

This guy tends to find about 1 or 2 shops a week that are closing down. Sure hate seeing that. He is outside of Houston 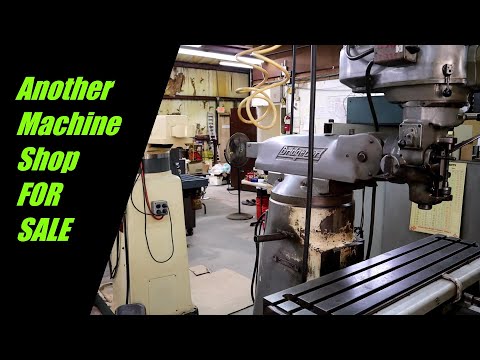 Lol, you made me chuckle with “Trade Jobs Matter”. If it can be turned into a chant I guess it must be important! But, joking aside, our education system has looked down on the trades for so long.

When I was in middle and high school, in the late 90s, the schools had effectively phased it out as a topic for the majority of the students. I was in the over whelming minority in taking more than 1 wood shop, metal shop, or automotive credit. And, most other facaulty and students would look to the students in those classes not as the next engineers, but in stead as the next janitors. It is crazy thinking back on it now.

The thing about our trades is the vast majority of the work is already coded out. These industries have many hard set guidelines and a dwindling work force willing to take jobs at coded pay rates rather than the value of the product produced. While tech and other job’s income levels are often more attached to the value of the product. This is what happen in commodity industries vs non-commodity industries. Manufacturing in America is still treated like a commodity, but it may not be that way for much longer. These shops close as the businesses they serve outsource everything, till there is nothing left to outsource.