I need someone to test my root beer kombucha culture to make sure it’s safe for consumption. It’s not for commercial use, just a personal batch, and I don’t want to throw it out if I don’t have to. Anyone capable of doing this kind of testing for cheapish or free?

What kind of testing are you wanting specifically?

I need to make sure that my kombucha scoby isn’t contaminated with bacteria. Is there an easy test for this?

Eh, not really how that works. Recommend what this guide has to say about smell and looks.

How To Make Your Own Kombucha Scoby

Watch the video to learn how to make your own kombucha scoby at home.

Unfortunately there is no lab test that can tell you if something is safe. Not simplistically anyways. You could test for certain kinds of bacteria etc.

I would follow the guide. Make a batch and compare the taste to commercially made.

If you kept it covered and cleaned things appropriately 9 out of 10 times you will be fine.

My wife Dorcas and I started our first scoby today. We watched enough youtube videos to make us feel like we know what we’re doing. She bought the kombucha for the starter from Aldi.

She also started her first ever wine from fresh fruit and a kit. Blackberries from our garden and a blackberry kit. She’s made lots of wine, but never used fresh fruit.

We also started clippings of our basil in water for rooting; another first. We also used youtube for that.

We also delved into hydroponics for the first time. I had put some thyme seeds between layers of toilet paper in a cardboard egg carton to sprout, and that worked. So we angle-grinded some slots in a yogurt cup, chopped up more TP and put it it there, put the sprouts on top, and lowered it into a MiracleGrow solution. Could work. In any case it’s cheap. We also consulted youtube for that, but the TP was my idea. Rockwool cups are way more expensive.

One more first. Last night we attended Church at Calvary Lutheran, Dallas, and took the Lord’s Supper for the first time since the virus hit.

If the pellicle isn’t fuzzy and moldy it’s probably fine.

Here’s a helpful round-up of normal pellicles for reference: 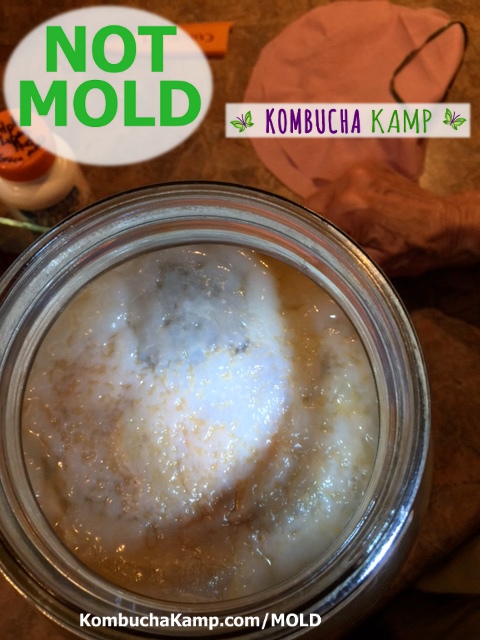 New SCOBY Growth Not Mold B

And here are some moldy ones: 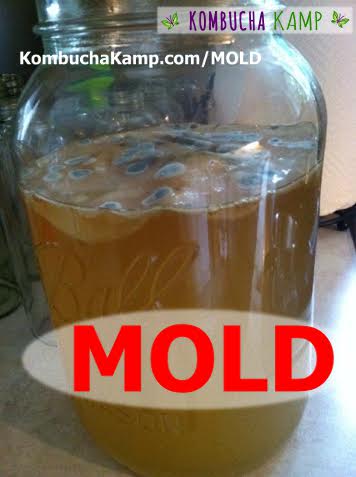 If you have mold do NOT drink it; just toss the whole batch—it can’t be salvaged, because spores are in the actual scoby itself and not just the pellicle.

If you want to get into the nitty gritty, I would recommend picking up some pH test strips or a digital pH meter and just testing it yourself. It’s very easy. If your pH is 4.5 or lower it’s generally considered “safe” because botulism doesn’t survive at lower pH, although you probably want it lower for better flavor. 3 is kind of the sweet spot, but tastes vary.

However, in general fermentation is very safe, so I wouldn’t stress too much. If it’s obviously moldy or smells funky instead of just acidic, then just re-do your batch.

Caveat: I’ve fermented for a long time, but I’m not a doctor or professional, so take my advice with a grain of salt.

Thank you. This is very useful. I’m doing three different batches right now. 1. Root Beer 2. White tea with Rose and 3. Hibiscus with Roobios ( sp?). The scoby culture looks different on all three of them. The last batch I made, Green Jasmine tea with Ginseng, was really delicious. I was hoping for a simple method to test the scoby either under a microscope or by using a chemical method to make sure there is no mold or bacteria in the brew, cuz I really don’t like food poisoning! And I see your comment about the pH testing. That’s good to know. Another route I was hoping for is maybe a recommedation for a local laboratory that I can send samples to in order to get them tested at a reasonable cost. Just in case I want to make batches for other people.

Thank you for your response,
Liz

No problem! The pellicle can look different for a lot of reasons, so that’s totally normal. Different tea, yeast growth, and how much you move your jar can all make the pellicle form differently. I’ve had some truly hideous pellicles before, but I’ve found that the more batches I’ve made with a particular starter, the pellicle tends to be smoother/less discolored. Trying really hard not to move your brewing vessel makes a big difference.

In general my advice is just to make sure you use food-safe brewing jars, clean your surfaces & jars VERY well, and make sure your scoby is acidic enough (via pH testing) that nothing harmful has a chance to grow. My philosophy is that people have been fermenting successfully since at least 7,000 BC in extremely low-tech ways, so if you’re proactive about cleanliness and watching for mold, it’s easier than you’d expect.

Thank you! I did a taste test today of the root beer brew, and then decided to add an amaretto simple syrup for the second fermentation. I think it’s a winner!

I have nothing to add, other than I misread the title to be “Kombucha Scooby Sculpture” and came here expecting to see Scooby-Doo made from “Vegan Leather.”

I did learn quite a bit about Kombucha, though.