Maybe a few makers could get access to the space to print a few of these? 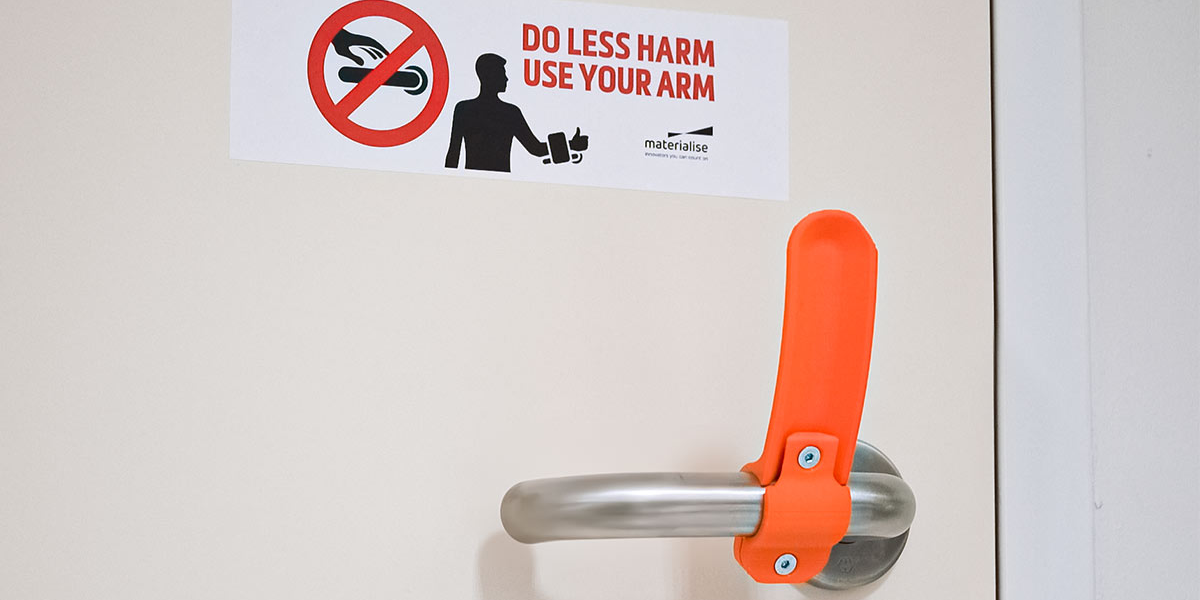 A 3D printing company is giving away for free its design for a device that...

Belgian company Materialise is giving the design away for free in an effort to fight the spread of coronavirus.

Maybe a few makers could get access to the space to print a few of these?

Extremely unlikely. At least until after conditions out there get better and restrictions in place are relaxed. OT, I know, but I hate this anecdote. Space race legend claims NASA spent millions of dollars developing an 'astronaut pen' that would work in outer space, while the Soviets solved the same problem by simply using pencils.

Essentially, NASA was looking for a solution to the pencil lead getting into equipment because of the zero G and at the same time a pen company came up with a design funded by themselves and sold a few pens to NASA at a reasonable (tens of dollars) price for publicity and so they could say, this is the pen NASA uses in SPACE!

lol…i sorta knew that (at least once upon a time). I should have referred to it as an urban myth or even a modern Aesop’s fable. But the lesson imparted is a worthy one, I hope people agree…

Don’t the let facts get in the way of a good meme. That’s actually really clever, although I will admit I usually just use the tail of my shirt to open doors in public. I am not very germaphobic but public door handles just get to me for some reason. Probably because I’ve seen too many little kids with sticky fingers messing with them

At the space we have those foot pullers on the bathroom doors. I’d like to just see those in larger use overall

for door knobs, I wonder if you could combine this model with something like a strap wrench

foot pullers on the bathroom doors

for BATHROOM doors, these are the 2 things I’ve noticed work best/are most sanitary given the inexplicable aversion restroom goers have to hand washing:

The footpulls are nifty, but a real pain in the ass to use, and on many doors (not DMS’ necessarily) the closers are stout enough that they’re practically impossible to use.
3rd niftiest I’ve seen is the forearm pull 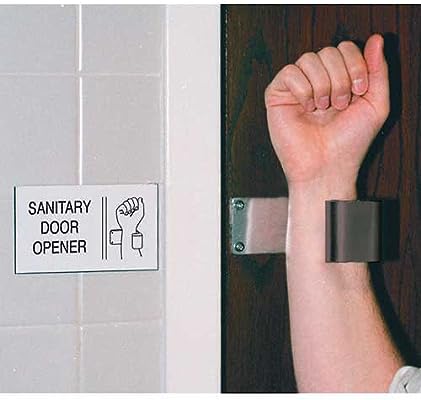 
You can actually get some leverage on them to open a stubborn door…
As for the original post… 3D printing is nifty, but it seems like a bit of stainless sheet and the brake/slip roller could do more in less time and be more resilient.
3 Likes
mdittenber March 30, 2020, 12:55pm #10

As for the original post… 3D printing is nifty, but it seems like a bit of stainless sheet and the brake/slip roller could do more in less time and be more resilient.

When all you have is a hammer everything looks like a nail. : D I’m guilty of this too.

When the original post was about a 3D printing company sharing their design. I shared this is in a 3D Fab discussion…Yes every thing does look like 3D Printing.

Nah dude, thanks for posting! Got my mind running cause my Mom has some hand troubles that make it hard for her to open most doors. Glad you posted it

outswing doors. Yeah, I know, can’t swing a door into a hallway, but, even getting smacked in the face with the occasional door, I would STILL endorse this

Former office had a weird arrangement with a hallway separated by a solid outswing door relative to the work floor. In the opposite side there was an audible badge reader that took a second or so between acknowledging the read and ulocking the door. Didn’t cause any real problems when we moved into the building and everyone figured out the arrangement.

But then another work group was relocated to the building average age > 65, all of whom might as well have had variants of this hat. I lost count of how many times one of them committed the error of inexplicably lingering by said door and got smacked in the face by someone traversing from the other side. The truly stubborn ones would get legitimately angry about it too, despite the fact that it was a blind outswing door. I eventually put up a sign, just to cut down on the whinging.