Post a picture and description of anything you are working on this month at the 'Space here!

It can be anything from a small craft project to a large CNC router project to building a table to 3D printing to a science experiment and so much more. There are lots of people doing cool things at DMS all the time, but most of us don’t get to see it. Post it here and share the interesting things you are doing at Dallas Makerspace this month!

Posting here helps not only promote Dallas Makerspace, but could inspire others to make something. It will also help PR post a monthly look at what can be done here on a blog post (with attribution to each maker of course).

NOTE: Please try to include the following on each post, to help make for richer blog content!

Video is worth more:

Its came a long ways since then: 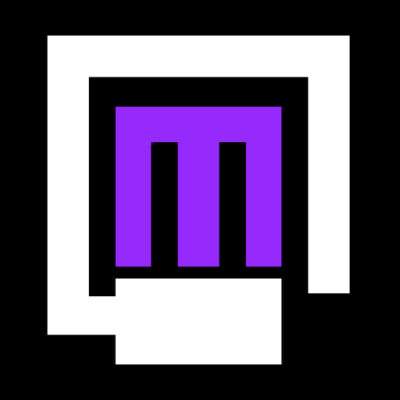 I’ve been keeping busy with a fence project at my house. The original fence was builder grade original to the house, thus it’s no surprise that it’s failing. Fence contractors wanted an obscene amount of money to do the job so I spent ~33% of their bids on materials and went to work myself. fence 2.png1024×768 1.74 MB
Layout is important. A nominal 4" offset from post center to picket face was a mighty convenient number. Postholes don’t have to be exact, but very close is a good target. fence 6.png1024×768 1.58 MB
The two directly-adjacent posts are for the gate - should help keep it sturdy. I set those two first and used them to reference the post to the left once set. The method of locating those posts would later prove a tad troublesome with my fence set back ~2" vs target. “You can have sufficient clamps”
-Me fence 8.png768×1024 1.23 MB
The picket spacing on the latch side of the gate ended up being just a little too tight so I improvised with some board-on-board. fence 11.png1024×768 901 KB
Now the white collar part - engineering the gate. Gates are the weak point of almost all privacy fences, invariably sagging after just a few years. I opted to overbuild the pi__ out of this gate, starting with an actual frame that’s held together with ~3-1/2" construction screws sunk through counterbored holes in the vertical rails. fence 14.png1024×768 1.35 MB
Astoundingly, the gate was smaller than the opening! I also braced the corners for funsies. I should buy stock in Simpson Strong-Tie™. fence 16.png1024×768 1.22 MB
But there’s always a bodge. In fact the entire project was one small error, miscalculation, or mistake after another to recover from. In this case the gate hardware was a tad too tight-fitting, thus some fine-tuning with a chisel corrected the problem. Presumably, most folks mount the strike plate directly to a 4x4 post, thus I also had to improvise a tad on the mounting. fence 17.png1024×768 829 KB
I will leave it as an exercise to the reader to determine what hardware was protruding where … I’ll likely run a cheater strip across the top to deal with the height mismatch. Hardware mismatch: tough toenails.

I’m going to speculate that I spent ~26 hours of direct labor, another 4 hours transit and buying, and another 2-4 hours planning. Materials cost is hazier since I had some of the materials, overbought knowing I have another larger project coming up, and also bought some tools - around $450 seems right.

Nicely done, overall. I am exhausted just reading/looking through it.

Still need to stain it, right?

Still need to stain it, right?

I could go through that effort. I might even have an old power painter around. But the wood treatment will last for years.

I have another larger project coming up, and also bought some tools.

Any good home improvement project involves the purchase of a new tool.

So…
An engineering question, because those with whom I have had this conversation, said otherwise to me.
In the gate, why did you only put the cross braces halfway across? 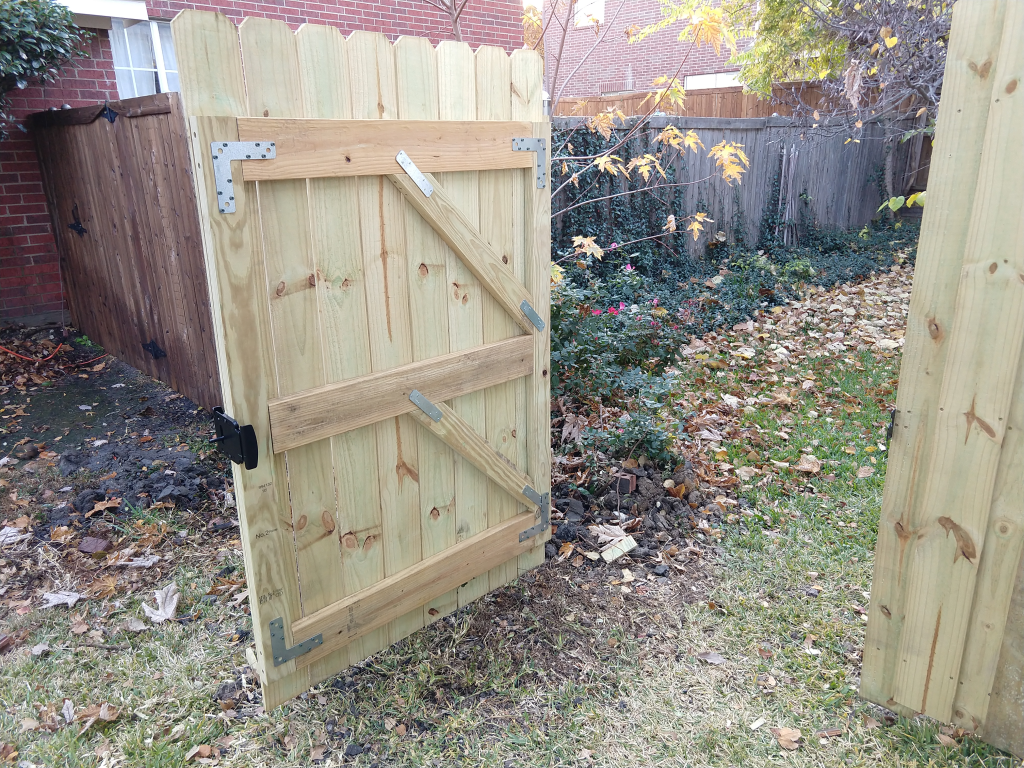 With two braced 2x6 rails, you aren’t going to get any sag in the rails. If you went full length diagonal, the shear load at the accute angle will be higher than as built for a given load. If you went steeper, the other end of the brace will now be the sharper angle and have a higher shear load. The 45 degree angle balances the shear load at both ends of the brace, and makes it easier to lay out for the win.

ETA: if this was framed with the common 2x3 fencing lumber as the rails, I would go full diagonal, so you are making two triangles around the brace, and you still won’t be as stiff as this is with the 2x6.

With two braced 2x6 rails, you aren’t going to get any sag in the rails. If you went full length diagonal, the shear load at the accute angle will be higher than as built for a given load. If you went steeper, the other end of the brace will now be the sharper angle and have a higher shear load. The 45 degree angle balances the shear load at both ends of the brace, and makes it easier to lay out for the win.

This is the principal reason. I have a 45 degree miter box.

Within a few years’ time I might have sag to deal with - will deploy the traditional long tension element (i.e. cable with turnbuckle from lower left to upper right, crossing the rigid braces).

Another pretty. I’ll have these at my table here at the vendor fare on dec 10th. Cherry spire with walnut lid and crystal. Pecan base. Just accept the fact as things age they sag.

I’ve been working on re-tooling our Staubli RX-160 for milling. The robot was purchased used and we have been working with ROS and some other libraries to be able to communicate with it over TCP/IP. I bought a Chinese 1.5kw spindle for it and a special tool-changer for it. I had the mounting plates for the spindle laser cut out of 3mm thick steel and I put the mounting holes in the wrong place so I used the HAAS VF2 CNC to mill out an adapter plate for it. This is hopefully the last step in the process of getting this robot operating as a 6 axis mill. I made some Field Notes-style notebook covers to give away for a hiking and horse riding trail preservation non-profit I support. Laser cut and etched distressed leather using a modified pattern from @Webdevel. Hand stitched.

It’s not as I wanted, or planned it to be, but it did survive and it’s a keeper. Its the chance we take putting our art in others hands. Should be brick red clay, teal glaze. #kilnoverfire What was unexpected about it? Very nice work! I would love to receive or make one of those!

So cool to see this finished! It is beautiful.