Now that it’s April it’s time for a new show and tell thread! @lukeIamyourfather … I LOVE this!! Awesome!

I finally completed a 1:12 scale miniature replica of a 19th Century Indo-Dutch four poster bed, most likely from Indonesia. The miniature is about 7 inches long. 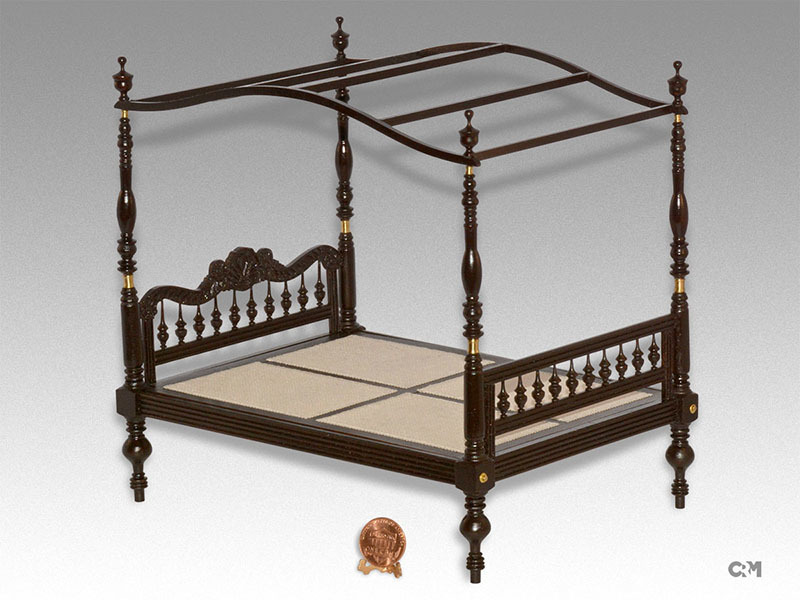 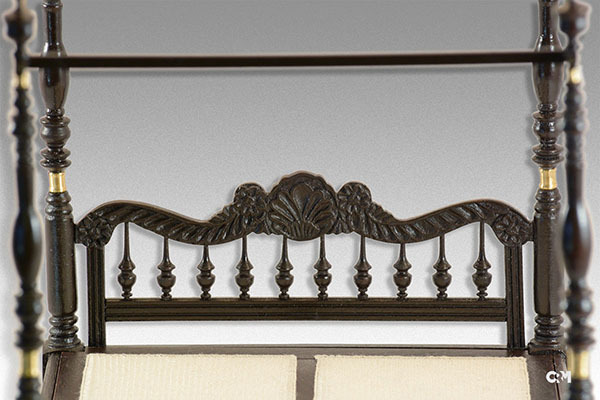 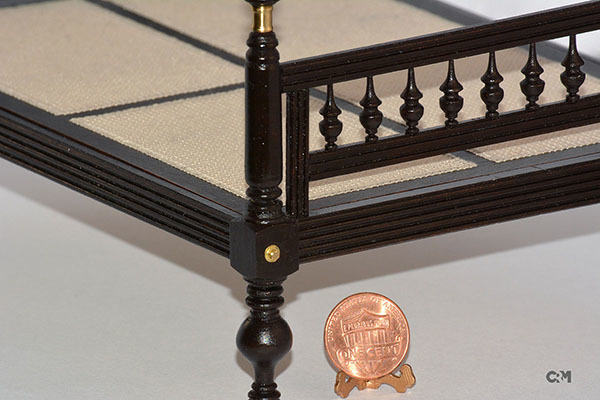 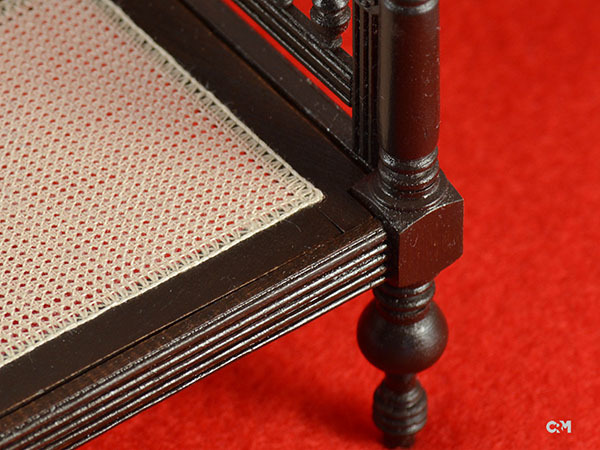 It is based on a photograph from an auction site. I have been working on this off and on for a year, with a hiatus while I procrastinated built up the courage to carve the headboard (because at that point there was already a lot of work in the headboard and despite the fact that I had made a spare I was so fearful that I would trash it). Everything including the turned brass sleeves is from scratch except for the 00-90 hex head bolts and washers (both of which are fairly simple to make; but hey – why bother?)

The bed is anchored by four posts, each of which is turned in five sections. The headboard and footboard each contain ten turned spindles and are identical except for the carved headboard section that replaces the top horizontal rail of the footboard. (There was a lot of finicky turning). Everything is constructed with mortise and tenon joinery. The canopy frame is steam bent. A mattress frame sits inside rabbets on the frame rails, and is supported by two cross rails that are dado’d into the frame rails. On the original furniture the mattress frame would have been caned, and I replicated this using 50-weight thread (which took a crazy amount of time).

Great work. Love the detail and the amazing craftsmanship… You should teach a class on this.

Here are a couple of pieces my recent orders. First is a laser-cut plaque for the 1st Battalion Army Reserve Careers Division. Second is a full-color plaque created with dye sublimation for Bryant High School JROTC in Bryant, AR. 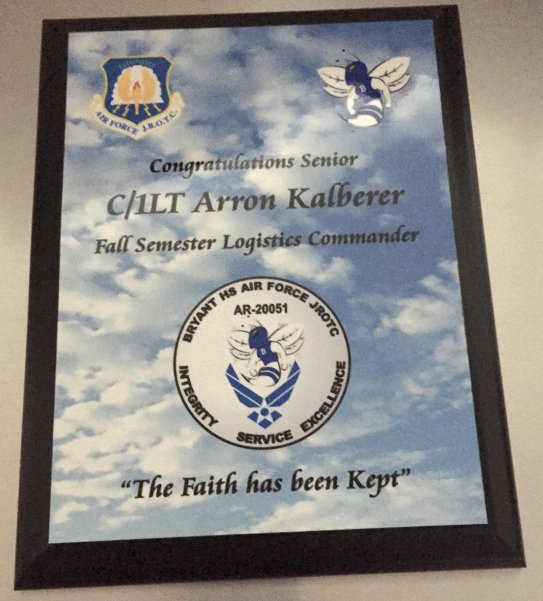 Sterling + aventurine (they are paler than in the picture) 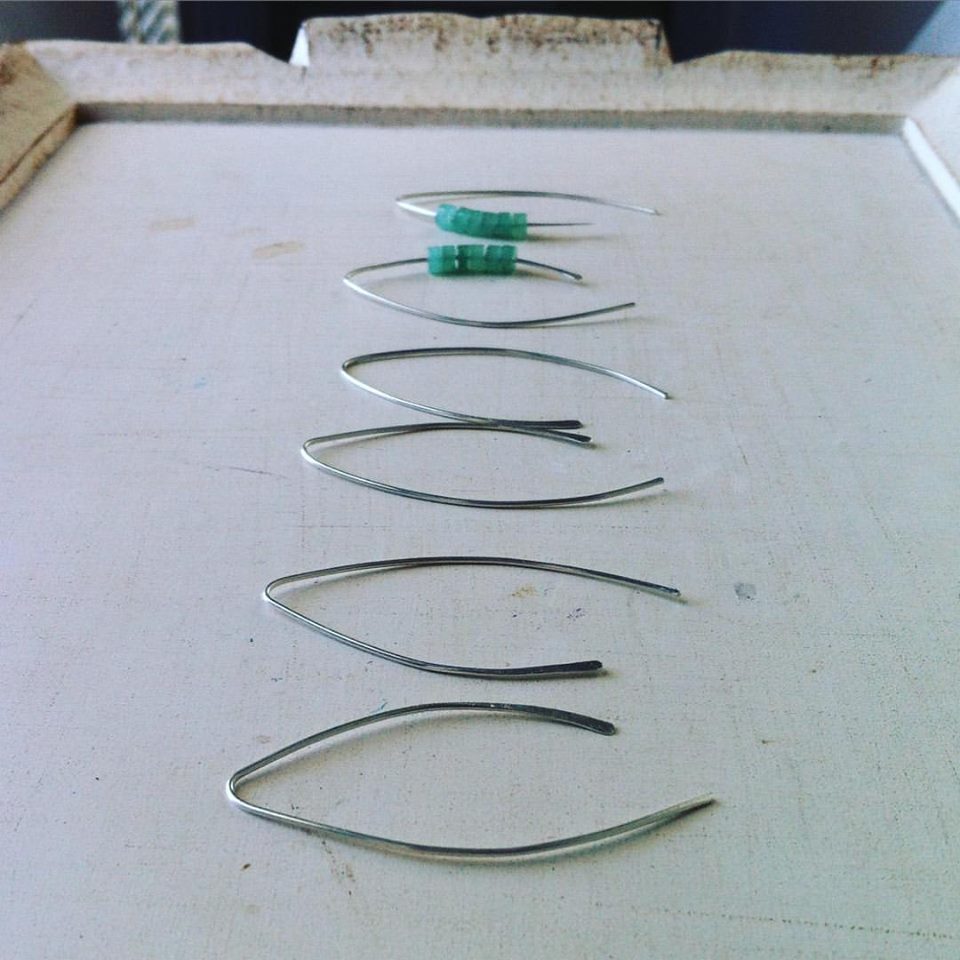 Finished this wedding present tonight. It’s a leather cover for a rite in the rain notebook. Included is a mechanical pencil I turned from a scrap piece left over from an end grain cutting board I made a while back. It’s made from maple, cherry, and walnut. Bonus points if you can tell what the laser engraved image is. Bonus points if you can tell what the laser engraved image is. 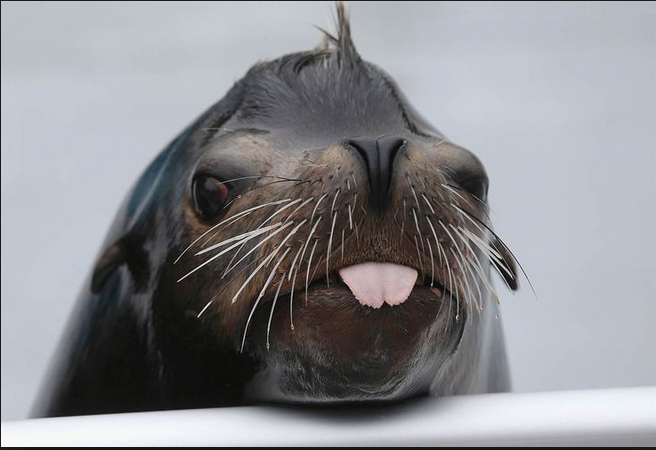 Made a chair using the CNC router. Well I have finished the first of the dulcimer sticks that I have been making. It is tuned up and sounds pretty good to my tin ear. A bit like a mandolin, which isn’t surprising considering it is sized for mandolin strings.

Made with a black walnut body, birds eye maple back, and a western red cedar top. The nut and bridge are made from ebony. Overall length about 29". It is tuned to G D g’. @wandrson, it’s beautiful. Since I know nothing about lutherie, how did you know the (approximately) correct length so it would tune properly?

You can tune properly with basically any length (given a reasonable range). For these first two dulcimer sticks I worked from plans in
http://www.amazon.com/Pickin-Stick-Building-Stringed-Instrument/dp/0764335715/ref=asap_bc?ie=UTF8
And these instruments use a 22.75" scale length, which is pretty close to standard for a mandolin sized instrument. The actual note is defined by a combination of factors; length, diameter, material, tension, etc…

My next dulcimer stick is designed to use a 25.5" scale length and be tuned to a key of D (the one above is tuned to a key of G). It will be 2-3" longer then the above, with a wider and deeper sound box. It can use guitar or banjo strings (which are of similar size). This will be a little bit bassier.

After I finish I plan on making a mountain dulcimer, the one I am designing for now will have a 26-27" scale length and will use banjo strings.

The fret locations are a mathematical calculation, with many online calculators available. My favorite is https://www.stewmac.com/FretCalculator.html

Amazing! I want to get a edc top to play with, How hard is it to make one of these?

Im still learning, those are number 4 and 5 that I have made.

All said and done it takes me about 2 hours each, then because of in experience 1 out of 2 or one 1 out of three doesn’t fit together properly or bends in the fitting process. I made 3 this week, and bent one, messed up the bearing in another, but one spins like a dream. Not all that difficult just a lot of learning, lot of reading about machining, a lot of video watching…then a lot of practice.

The ball bearing, same mistake the engineers made here:
https://youtu.be/ur9PKJGaCoo