The Gaming Interest Group category is the round up of physical tabletop, board game, card game, tabletop campaigns, and LAN gaming SIGs that meet and host events at the Dallas Makerspace. Discussions can include tips, organizations, and other topics related to gaming culture at DMS.

Yeah, but we haven’t seen any activity in that group since the quarantine…

And there’s not a team tabletop…

Maybe there will be some now?

And there’s not a team tabletop

Does there need to be?

And there’s not a team tabletop

Does there need to be?

Well, that’s my big go-to when I’m trying to ping a group. If there’s not a “team”, then you have to know individuals.

I’d be interested. I love playing board games, but have trouble finding others to play with.

Here’s a few games I own and would be interested in playing.

Terrace (2 or 4 players, like chess or checkers. Big pieces capture smaller, but only if from a higher altitude.) Terrace (board game) - Wikipedia

Venture (Avalon Hill. Anyone have the rules I can copy, or do you remember how to play?)

The Penguin Book of Card Games (Has a very interesting 3-player game.)

I’d also be willing to meet at 3 Nations Brewery or Oak Cliff Brewing, which is right at a Dart Train station.

Westlake Brewing on Commerce near downtown Dallas has Exploding Kittens. I beat my wife at it twice and now she hates it. I’d like to play again. It’s like souped-up weirded-out Old Maid.)

Anyone have the rules I can copy, or do you remember how to play?

I do not, but boardgame geek has a couple listings for pdfs if you have or are willing to sign up for an account… 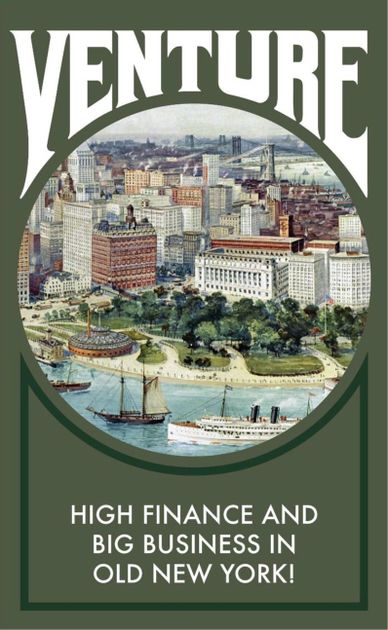 Card game in which players purchase companies using sets that have various monetary denominations (the resource cards). Turning in a set with matching symbols is worth more than the face value of the cards, so set collecting becomes a key strategy. ...

I’m down to be part of a group! I enjoy deck building and area control but am willing to try almost anything.

There is a tabletop SIG cabinet in 3D fab, but I’m not sure who has the lock combo for it or who owns the stuff inside. @maxk68 might know.

I have about 150 games, which I can inventory and get a list going for you all. I am not sure how often I can meet at this time, but I know I can at least get one day a month.

The Tabletop SIG was started by the DMS D&D group. We’d have pretty regular board game events at the space, especially on holidays.

We tried to get a committee together, but the point was made (pretty fair) that a tabletop group doesn’t really make stuff. We managed to become a SIG under 3D Fab I think.

When the pandemic hit, we stopped playing anything in person, and started playing D&D over Roll20. We’re still mainly playing online out of an abundance of caution.

@mreynolds do you have anything else to add?

We tried to get a committee together, but the point was made (pretty fair) that a tabletop group doesn’t really make stuff.

I take exception to that statement: I do lots of “making” in relation to boardgames/tabletop gaming. I posted pics of some of my projects to the DMS Wiki back in 2018: Tabletop gaming terrain showcase - Dallas Makerspace

I have I have always loved playing games but when is the problems because I was an only child when I was a kid I tended to play better than the kids my age do you know 7th don’t like to get beat by a second grader at chess so I’m bored game starved. I currently only have one board game I have a game called Oak Cliff opoly yep that’s what it sounds like it’s a monopoly based on places in Oak Cliff it sure is fun

I like board and card games, and would be interested in occasional chances to play. Don’t want very long games, not into d&d type games.
In card games, I like spades, will play others.
I have board games for backgammon, clue, dominoes, scrabble, uno, mancala, some other stuff
Also these favorites
Touche (2 or 3 players or teams, 2 decks playing cards, and markers to place on board to form shapes, like squares or lines)
Quirkle (tiles about the size of scrabble tiles in 6 shapes and 6 colors, place in grid patterns to get points, extra points for 6 in a row of either color or shape. Good for kids)
Ctrl (3 D shapes that fit onto a tetris like cube. After all pieces played, points for how many of your color are on each face. Easy for kids)
Wildcraft (board game going up the mountain and back to pick huckleberries. Hazards and helps along the way. Game is not competitive, but cooperative. Great fun. Easy for kids.)
Oak Cliff opoly (monopoly set in Oak Cliff)

I agree in that I make stuff for D&D and my wife makes stuff for her board games, but most of what the SIG was doing was organizing opportunities to play. To be fair, chewing up lots of space to camp and play games for hours at a time isn’t exactly in keeping with DMS’s mission.

Anyway, that’s the rationale we were given for being denied a committee. And I at least see their point.

Pretty much whats been said, so I shan’t repeat. But the latest on “leadership” for the SIG, is that when @Robodude919 had to move back to the northern states, I volunteered as interim leader (@Webdevel knows all about being interim) until we could safely get back together and organize the groups future.

id be down i have a few unopened games im dieing to learn to play, most of m,y friends are to busy to play them

Man I was stoked about this SIG before covid. I’m ready to get the SIG back up and running.

Someone pick a date and time for a Session 0 on reviving this SIG please!