Anyone thinking about disinfecting N95 respirators, read this

The bottom line is, don’t. Especially with alcohol. IMO the better practice would be to let them cool down for a few days before trying to use again because it doesn’t remain viable for too long on a porous surface. OR STAY HOME you big dummy!

Concerns have been raised regarding the availability of National Institute for Occupational Safety and Health (NIOSH)-certified N95 filtering facepiece respirators (FFRs) during an influenza pandemic. One possible strategy to mitigate a respirator...

I just left mine out on the dash of the truck in the sun for a couple of days., You can still get UV-C leds through some sources. UV-C is highly effective at destroying virtually anything alive at a microscopic level. You’d just need to expose the mask to a certain intensity for 10-20 seconds, and it would be sterile.

Maybe one of the electronics guys here could come up with a cheap wand design. Wands are for sale (when the stock isn’t sold out) and are effective (but currently unobtainium). The Difference(s) Between Nebulizers, Vaporizers, and Humidifiers

Here’s another source, with recommendations from:

You can still get UV-C leds through some sources.

EPROM erasers and UV germicidal bulbs are still available. Get a bulb and ballast…

Also, a Stanford team found that a modest heat in an oven 160F or so for half an hour will suffice to sanitize without damage: 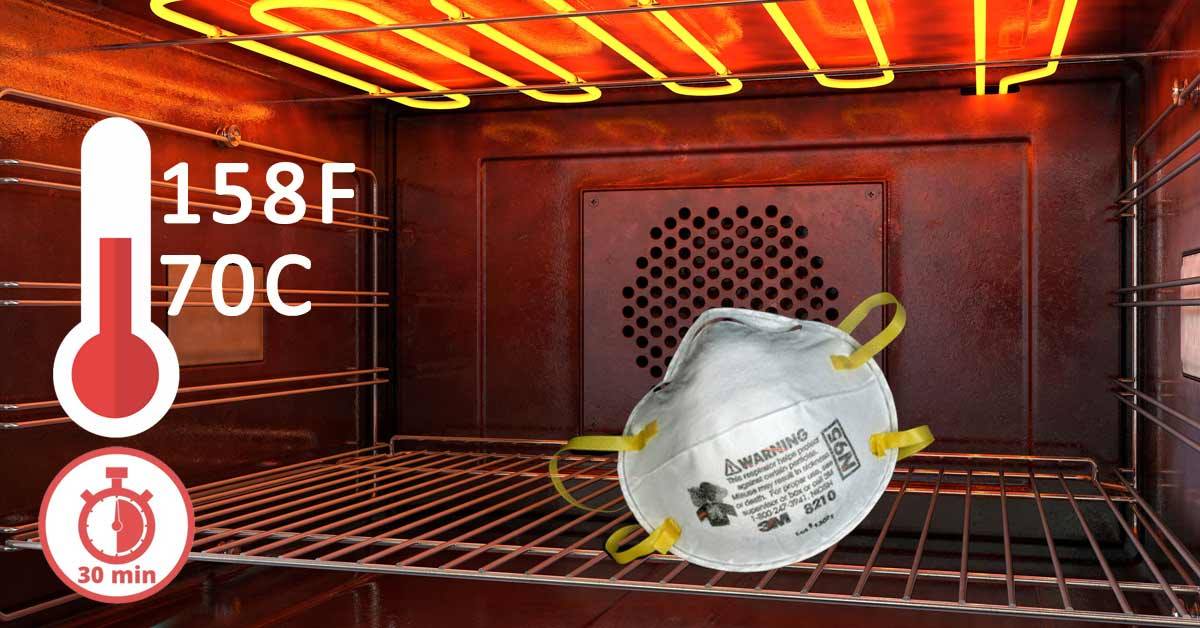 Stanford researchers confirm: N95 masks can be sterilized in an oven by...

Scientists have conducted a study confirming that N95 masks can be effectively sterilized and reused by leaving them in an oven at 70C/158F for 30 minutes.

Regarding the MicroWave method reported by PubMed as melting the N95 masks, I tried a different approach:

I found a N95 mask that had been hanging in my garage for ten years. On to a glass filled with a small amount of water with the elastics hanging down in the water. This water/mask was microwaved for about 2 and a half minutes. The water in the glass could be seen boiling until the condensate clouded up the window.

The mask, including its elastics, appeared un-damaged. Didn’t clean up the nasal drainage stains from a decade ago; sure, not really appetizing, but did it get disinfected? I don’t have that kind of lab, but still let’s try to disinfect this mystery thusly: If the water in the glass was boiling, probably any virus or bacterium in the mask would also be at the boiling temperature. Even if a bacterium was below the boiling point, vapor would be condensing on it until it got really close to the boiling temperature. The commercial code for dish washing final rinses is 10 seconds at 180F, surface temp of dishes to reach 165F. Of course, the soapy wash step ahead of the rinse helps a lot. Still, the final rinse time/temperature was set based upon sanitizing efficacy by itself.

The purpose of the water is both to prevent the system temperature from rising much above the boiling point of water and damaging the mask and because wet heat is known to sanitize much quicker than dry heat. With out water, one has no idea how hot the mask got, so, damage or failure to sanitize is likely.

Everything is sheer speculation unless a viable virus efficiency test is done after a mask is disinfected with a given method.

Several studies have been done. They are worth reading.

A much better video:

Exposure to this beam would result in certain death in a few days.