Any other Synth junkies here?

I’ve started a Eurosynth build, just because I like to tinker and build things… Are there any other members into that?

I just got in the TipTop Audio Happy Ending Kit (Silver) and the 2 starter modules from AI Synthesis. They have been built and assembled.

Next up… I want to build one of these trigger/sequencer modules:

And a few of these sampler modules:

I have most of the parts… just not the face plates.

And I have some waveform generators to create a sine/square/triangle/ramp generator module.

Somewhere I also want to build an Atari Punk Console and a noise generator from an old SN76477.

I posted the rack ( attempt #1 ) last month. Still trying to figure out exactly what rev 2 will look like.

I have a pair of Behringer Neutrons to use as starter “modules”, plus several kits in work, and a couple of pre-built modules. Don’t have the list handy I’m afraid.

I remember you posting the rack… I was wondering what modules you had. Do you have enough to start making sounds and/or music?

The Neutrons are enough alone. Not that I have figured much out with them yet.

This is all part of the snowball that resulted from my finally buying the electronic woodwind I’ve been wanting since seeing video of Micheal Brecker playing one at the Newport Jazz Festival in 1992 or so.

Turns out one of those really needs an offboard synth. 1990s vintage synths are not horribly expensive. eBay is evil.

Looking at those, I found the video I posted in the playlist thread. Which led me to eurorack - modern copies of the Moog stuff I’ve wanted since the 1970s.

I know I have a VCA, a Maths module, and a Behringer 150 VFO/ringmodulator/noise source. The latter simply because it can do the Dalek voice.

I have kits for a cheap sequencer ( Built but not tested ), kits for 4 voices worth of 3340 oscillators ( Boards and faceplates - need parts ), A kit for some drum / percussion sounds ( boards, faceplates, and uProc ), and a Euclidean Circles kit ( full kit ). I may have a few more. There have been impulse buys and sales…

I think a Behringer 960 is next. Worth a look if a sequencer is on your list.

The rack mock-up was an attempt to get a starter setup going. I have power supplies and distribution boards ( the later also from kits ). Really need to get some of this mounted up.

Busy the next weekend, possibly two. May get back at it after that, now that things are moving back towards normal at DMS.

I’ve purchased a couple of items there. For Eurorack modules, I found Etsy is better than eBay.

I’m definitely into the synth rebuild stuff and am building out an editing suite where I’ll do audio and video production.

I’m bringing my 1978 Electronic Dream Machines WASP synth back to life. I currently know very little about the hardware side of things, as I’m mostly a software guy.

I’m bringing my 1978 Electronic Dream Machines WASP synth back to life. I currently know very little about the hardware side of things, as I’m mostly a software guy.

I’m the opposite - a hardware guy and would be happy to help.

Thank you, @Raymond ! Greatly appreciated! Covered up with paying work at the moment, but as soon as I can shake free I’ve got a ton of projects I want to build out. Would appreciate being able to ask a question or two from time to time.

Got a Yamaha DX7 w/ Gray Matter Response mod sitting in a closet. Battery for the memory that holds setups died a long time ago. The history behind FM syntheses is interesting. Developed here in the US, no US manufacturers showed any interest. Yamaha decided to run with it and the rest is history.

On my “wonder if” bucket list is nested CD4046 PLLs. In theory should work - can only guess what the resulting sound will be.

I’ve been looking for a DX7

I remember Sequential. I have a Bally Sente SAC system sound board from an arcade game. It’s 95% of the CPU of the Sequential Six Trak and I plan on building it out.

I have several tubes of these… Let me know if you need any.

I had never heard of the 74HCT9046 phase-locked loop before a fortnight ago, and now I own one. To my shame, it was apparently released by Phillips (now Ne

And this Eurorack module that uses 2x cd4046 - chaotic noise 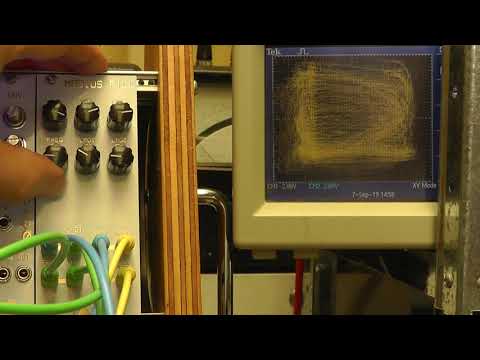